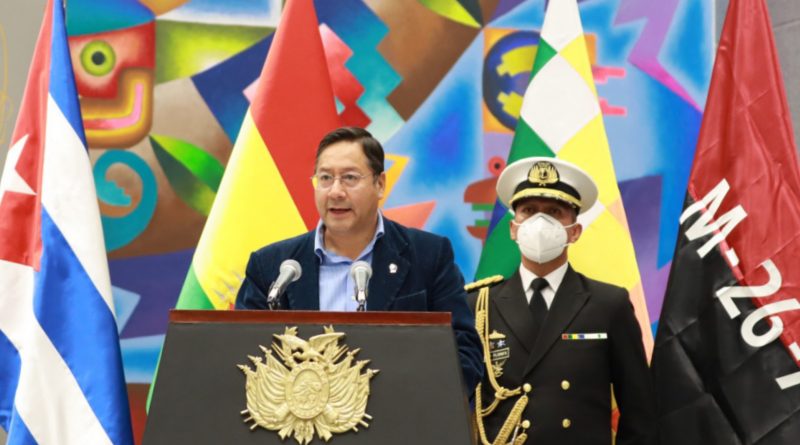 President Luis Arce has announced that Bolivia will send a plane to Cuba carrying food and syringes destined for the Cuban people, as a show of solidarity.

The announcement was made during the act of tribute for National Rebellion Day which commemorates the 68th anniversary of the assault on the Moncada and Carlos Manuel de Céspedes barracks, an event which marked a momentous milestone in the advance of the Cuban Revolution.

“I want to announce to the Bolivian people and to the Cuban people: tomorrow our presidential cabinet will approve the sending of a plane to the Republic of Cuba with syringes and food for our Cuban brothers,” announced the President.

“Although we are going through difficult economic and social moments after the coup d’état and the de facto government’s terrible management, Cuba taught us that solidarity is not giving what we have left over but sharing what little or much we have,” added the President. .

“Our plane will be loaded with solidarity, with much affection,” said the authority before an applauding audience.

Before Arce’s speech, Cuban Ambassador to Bolivia, Danilo Sánchez, thanked Bolivia for its solidarity and its condemnation of the U.S. blockade of the island.

The Cuban Ambassador to Bolivia, Danilo Sánchez, denounced that the island is the object of a media war by the U.S. government, which includes the promotion of terrorist actions such as the recent attack on the Cuban embassy in France using Molotov cocktails, all with the objective of achieving the propitious scenario for the intervention of the United States to the Island.

“In an opportunistic way, the U.S. government has waged a bloody media war against the Cuban Revolution, relying on a campaign of lies, false news and the call for violence and hatred, all with encouragement and financial and media resources from the U.S. government and especially from the reactionary anti-Cuban groups settled in Florida,” he said. 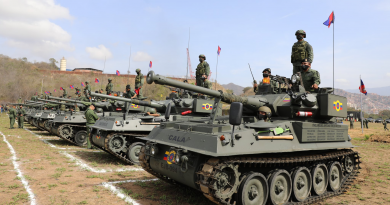 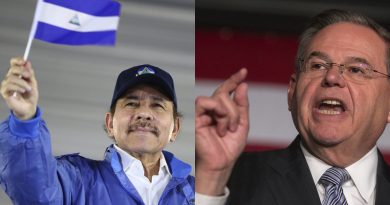