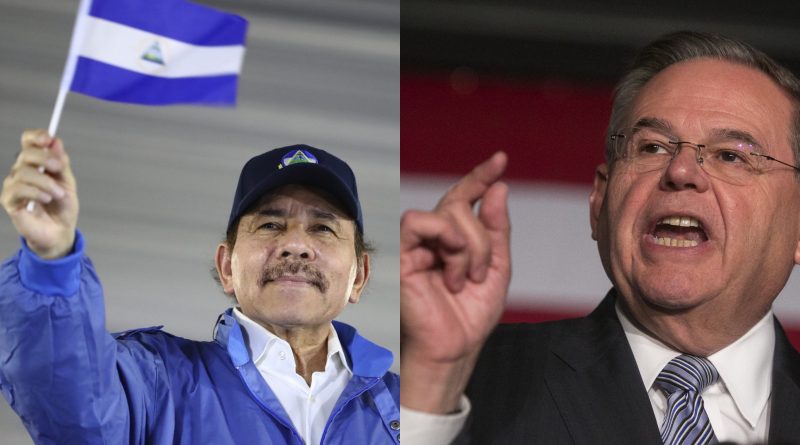 Nicaragua’s Sandinista Revolution is being targeted with a new sanctions bill as retaliation for triumphing over Washington’s domination attempts and as President Daniel Ortega is anticipated to win this year’s election.

The Reinforcing Nicaragua’s Adherence to Conditions for Electoral Reform (RENACER) Act (full text of the bill here), introduced in March, would require the U.S. government to increase sanctions coordination with Canada and the European Union and proposes new immediate measures against the Nicaraguan government and officials ahead of Nicaragua’s November elections, all under the guise of promoting democratic elections.

A House companion bill to the RENACER Act, with the same wording of the bill to be voted on in the Senate Foreign Relations Committee, will be brought to the House Foreign Affairs Committee any day now—potentially speeding up the process.

The bill would have been passed by unanimous consent, without a formal vote, like the NICA Act, if a campaign had not raised its profile. This remains the most likely scenario for RENACER which could be passed without a formal vote unless citizens appeal to their representatives to voice objection.

The Senate bill’s sponsor, Democratic Party Senator Bob Menendez, says the legislation will expand oversight of international financial institutions’ lending to Nicaragua and will add Nicaragua to the list of Central American countries subject to corruption-related visa restrictions. The legislation would require “classified reporting on corruption perpetrated by President Ortega’s government and family, as well as Russian government activities in Nicaragua; and requires reporting on human rights abuses committed by Nicaraguan security forces in rural and indigenous communities.”

This latest piece of legislation follows a leak in July 2020 indicating that a new interventionist plot to overthrow the Sandinista government is in the works and that a coup attempt, organized and financed by the United States, can soon be expected.

Two years ago this month, U.S.-backed violent protests and a terror campaign were defeated by the Nicaraguan people. What was framed as a peoples’ uprising by foreign corporate media was infact two months of terror, destruction, provocations and attacks on leftists. Just like Venezuela’s guarimbas, right-wing student fronts and armed groups paralyzed regular activities while receiving support from U.S. agencies.

Using the same playbook which has been used to destabilize Venezuela in recent years, and in Nicaragua two years ago, the reused script included lines on “free, fair and transparent elections” and made claims that the FSLN government was curtailing press freedoms, obstructing rights to demonstrate and persecuting political opponents.

A coordinated media campaign was carried out against the government of President Daniel Ortega all while lawfare and political persecution were taking place in Brazil and Ecuador: Lula da Silva was being jailed on false charges in order to prevent him from running as presidential candidate and Ecuador’s Lenin Moreno regime used the courts to jail former Vice President Jorge Glas and persecute former President Rafael Correa. In neither case did U.S. officials, the media or Washington-based human rights organizations advocate for the victims of political persecution.

Alliance For Global Justice (AFGJ), which is calling for urgent action to stop these new sanctions, says the bill is intended to reinforce the Nicaragua Investment Conditionality Act (Nica Act) of December of 2018 whose purpose was to cut off access to development financing.

During the past 14 years, Nicaragua has dramatically reduced poverty from 48.3% to 24.9% and extreme poverty from 17.5% to 6.9%, while drastically reducing its illiteracy rate to under 5%. International organizations like the World Economic Forum have recognized Nicaragua for leading gender equity (5th in the world) and material and infant mortality have been reduced by more than half since 2007.

Despite its stellar social and developmental achievements, the U.S. Department of Defense has testified that Nicaragua poses a threat to the national security of the United States, and particularly with increased China cooperation in Latin America.

Nicaragua’s right-wing has attempted to create an issue of the government’s handling of Covid-19, though the country has produced some of the lowest numbers of infections and deaths per capita in the region and world.

Aggression towards Nicaragua has continued uninterrupted through the change of U.S. administrations evident with the RENACER Act, led by Democratic Senator Bob Menendez, with the support of four other Democrats: Tim Kaine, Dick Durbin, Ben Cardin, and Chris Murphy, as well as Florida Republican Senator Marco Rubio.

The government of Nicaragua has firmly rejected unilateral coercive measures against Cuba, Venezuela and all other countries, calling them illegal and a violation of human rights. A poll by M&R Consultores in 2020 revealed that 71.9% of respondents in Nicaragua disapproved of the Nica Act and 78.3% said that the sanctions would only bring harm to democracy and the economy. 83.1% reject meddling by foreign governments and international organizations.

Participating in a virtual meeting called Sanctions Kill, Nicaraguan Ambassador to the UN Jaime Hermida, stated that the programs, projects and achievements of the Nicaraguan government have been negatively impacted by the unilateral coercive measures imposed on the Nicaraguan people, adding that sanctions present an obstacle to the right to development, particularly the eradication of poverty.

A national M & R Consultores poll conducted in March, found that 6 in 10 Nicaraguans support the government, while 2 out of 10 respondents support the opposition, and 2 out of 10 said neither.

A new stage of aggression by the OAS and Nicaraguan opposition against the Nicaraguan government is being prepared for the month of May, as the electoral calendar advances. If you’re in the U.S. and would like to join the urgent call to stop new sanctions against Nicaragua, visit Alliance For Global Justice here.

By Camila Escalante with input from Chuck Kaufman 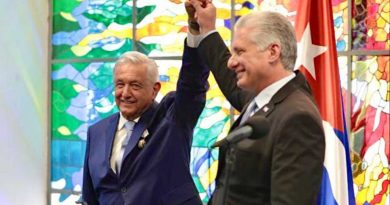 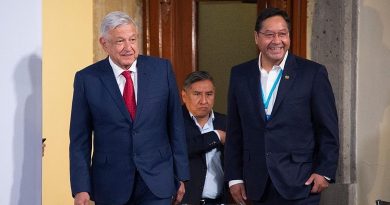 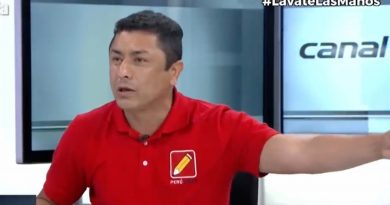