Bolivia’s Minister of Justice and Institutional Transparency, Iván Lima, informed this Sunday night that the national government will announce four new lawsuits against Jeanine Añez and her former cabinet Ministers. The statements were made after the courts handed Añez with four months of pri-trial attention. Former coup Minister of Energy, Rodrigo Guzmán, and the former Minister of Justice under the coup, Alvaro Coímbra, will also be held for four months of pri-trial detention in the #GolpeDeEstado​ case in which they will be tried for the crimes of sedition, conspiracy and terrorism. 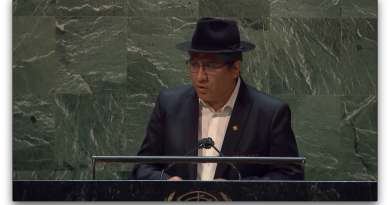