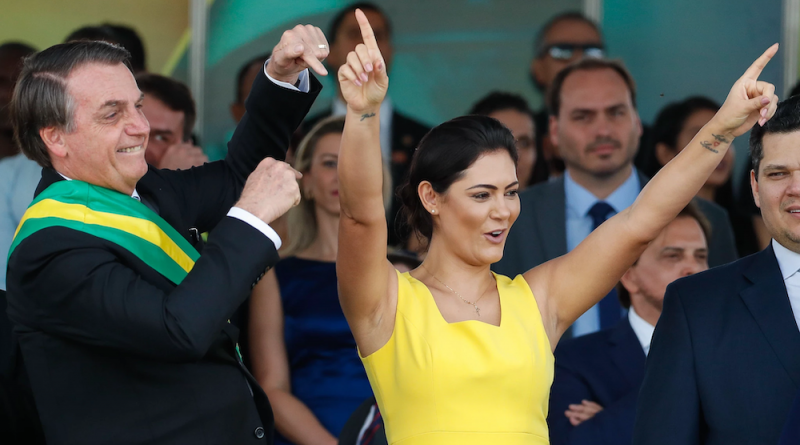 Political debate in Brazil is being reduced to “Christians” vs “Communists” by Jair Bolsonaro’s campaign, with no room for discussion of proposals for government policy, projects and programs.

The campaign has resorted to exploiting religious voters and their faith for electoral purposes, with polls indicating that he’s been loosing key support from Christians in general and evangelicals specifically.

As per the incumbent’s campaign script, Lula’s “communist” government would force children to use unisex restrooms, liberalize abortion and drugs, impose “gender ideology” and threaten the integrity of families.

But according to Michelle Bolsonaro, the wife of Jair, Brazil is in the midst of a spiritual war in which religious freedom is at risk and the ideology of good, embodied by her husband, must overcome that of evil, which she considers to be the Workers’ Party (PT), as Brazil is the final barrier against the advance of communism.

She made her latest remarks on Friday at a “Mulheres com Bolsonaro” (Women with Bolsonaro) campaign event with a predominantly evangelical audience of women in Vitória’s airport, alongside controversial former Minister of Women and current Senator-elect, Damares Alves.

After being kept away from the public for the last four years, the first lady is now being deployed to sell her husband to predominantly female audiences and she’s been campaigning in overdrive. Polls show that Bolsonaro is at a disadvantage among women.

Both Michelle and Damares have also been used for damage control since Bolsonaro said he “felt chemistry” between himself and 14-year-old Venezuelan girls, in a now viral podcast interview which aired about a week ago.

In Friday’s Vitória speech, Michelle warned of the threat of “communism” against the exercise of religious freedom in the country:

“This government has been fighting for the family, for the country, for our freedom of expression and our religious freedom, which is being, yes, compromised by communism. We are seeing everything that is happening, and it is very easy to choose sides. Just don’t see who doesn’t want to see. You just don’t see those who are spiritually blind.”

In Michelle’s terms, the electoral race is between “Christians” and “Communists” and thus represents, for Christians, a “spiritual war” with the aim of stopping “communism”:

“Our purpose as Christians is to gather, to pray, to intercede, to talk, to help, to guide those who still do not understand the spiritual war that we are going through in Brazil. […] And if God doesn’t have mercy on our nation, if the people don’t wake up, we won’t have anywhere to go, because Brazil is the last barrier to communism,” she said.

Echoing right-wing media pundits and Bolsonarista candidates, Michelle warned that communism “only comes to steal, kill and destroy” but says the country will resist “because the majority of our nation is Christian.”

She also called her husband “imperfect”, telling the audience to look beyond his mistakes: “I ask that you do not look to the candidate, but to the agendas he defends: the ideology of good versus evil, so that we can dispel this dark party from our nation at once.”

Bolsonaro’s campaign hopes that it can add votes through spreading fear and promoting political intolerance, despite that Lula has never run or governed as a communist. Lula was in fact criticized for conceding to right-wing interests and for governing in a manner that was out of line with his own leftist party and the movements and sectors which put him in power.

A key element of Bolsonaro’s campaign strategy, is the repeated attempt to link Lula to President of Nicaragua Daniel Ortega and other socialist leaders (which Bolsonaro claims are all friends from the São Paulo Forum) and falsely accusing the Sandinista government of closing churches, persecuting religious leaders and attacking religious freedom—despite that Presidents Daniel Ortega and Nicolas Maduro frequently promote Christianity from their positions of power.

Lula, himself a Christian, has also zeroed in on Christian votes and has been happily receiving endorsements from faith leaders who’ve denounced Bolsonarismo’s bigotry, intolerance and his manipulation of the faithful.

Paradoxically, Michelle Bolsonaro herself has expressed religious intolerance against religions of African origin, to the tune of the intolerance expressed by Bolivia’s ex-dictator Jeanine Añez, who as Senator insulted indigenous traditions in Bolivia.

Michelle and Jair both met with Añez’s daughter, Carolina, this week who thanked the first couple for their steadfast support for her jailed mother. 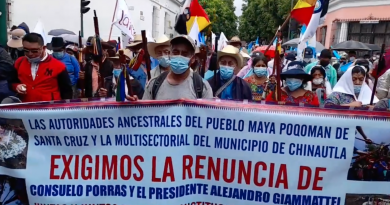 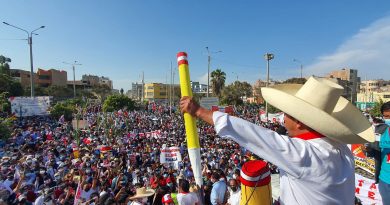