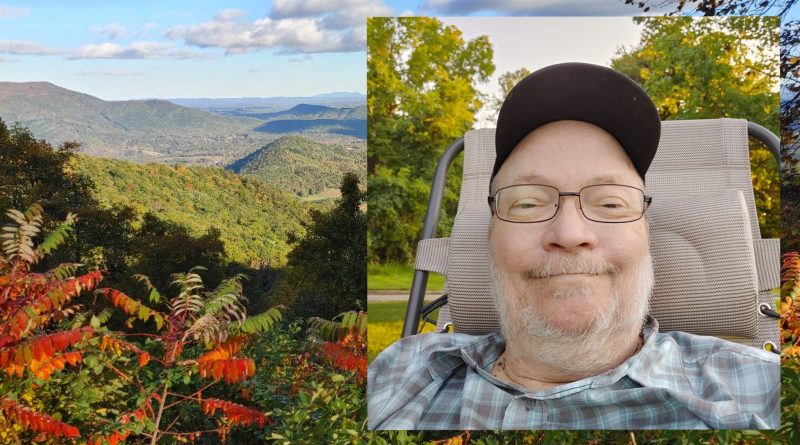 Chuck Kaufman, presente! A great comrade and friend to the peoples and just causes of Latin America and the Caribbean has passed on the torch. Chuck Kaufman died on Tuesday, December 28th, and is being remembered for the tremendous impact he made during his decades of anti-imperialist work, organizing to change US-Latin American foreign policy.

Chuck was known for his leadership among North American solidarity organizing with Latin American grassroots movements. It all began when he joined the staff of the Nicaragua Network in 1987, which in 1998 became the Alliance for Global Justice, for which he served as National Co-Coordinator until the time of his passing.

From his bio on AFGJ: “He gave up his successful advertising business out of disgust at Congress’ cowardice during the Iran-Contra scandal. He went on his first coffee picking brigade to Nicaragua that same year. Chuck has been in the front ranks of the movements to support the right of people in Latin America and the Caribbean to dignity, sovereignty, and self-determination. He has led delegations to Nicaragua, Venezuela, Haiti and Honduras.

Chuck has written and spoken often about US democracy manipulation programs through the National Endowment for Democracy and US Agency for International Development as well as what he calls the need to look to the Abolition Movement as our inspiration to change the culture of US militarism. He is a board member of the Latin America Solidarity Coalition and a leader of the LASC’s effort to build a stronger movement to oppose US militarism and the militarization of relations with Latin America. He was a founder of the Act Now to Stop War and End Racism (ANSWER) Coalition and has spoken at most of the major Washington, DC anti-war demonstrations. He is a board member of the Honduras Solidarity Network and a founder of the Venezuela Solidarity Network. He has a B.A. in Government and Politics from George Mason University. His first political activism was as a high school student in 1969 when he organized student walk-out in four county high schools in his native Indiana.”

At Kawsachun News, we remember Chuck for his tremendous work in providing solidarity with the Nicaraguan people, defending the Sandinista Revolution, and the immeasurable impact of his organizing and truth-telling regarding Nicaragua. Chuck confronted media manipulation head on, including just this year, as Nicaragua held elections. He was also one of very few voices in the United States to vocally oppose what he called the media’s stenography of the State Department in 2018 while Nicaragua fought US-backed failed coup and the terrorism and violence that accompanied it. He immediately denouncedthe OAS-backed coup in Bolivia in 2019.

Alliance for Global Justice and Chuck provided crucial support for Kawsachun News in 2021 and made it possible for us to report on the ground in both Nicaragua and Venezuela. We are extremely thankful for everything Chuck did to help us do this work.

Deputy Director of the Council on Hemispheric Affairs, Fred Mills, responded to the news on Tuesday evening, telling us; “Chuck was a pillar of North American solidarity with the peoples of the Americas and never failed to show moral courage when the odds were against us.”

Gloria La Riva of the Party for Socialism and Liberation shared this tribute with Kawsachun News: “It is a shock because he was an invaluable activist, a true revolutionary, one of those lifelong fighters whom Bertolt Brecht named “the essential ones.” I knew him starting in the early ANSWER days after the “endless” war of Bush, 2001. In fact he was one of the first people to join the board of ANSWER Coalition at his office in Washington DC in 2001. He never stopped dreaming of justice and he put those dreams into action, whether organizing a campaign to deliver massive amounts of solidarity aid to Venezuela, or most recently, sending delegations to Nicaragua, to bring Nicaragua’s truth to the U.S. He was crystal clear on the need to stand strong with the revolutionary government. I appreciate having been on his organized delegation in July and his personal attention to see that I got to go to Nicaragua. My heartfelt condolences and solidarity to his colleagues in AFGJ and his family.”

An outpouring of tributes can also be seen on Chuck’s Facebook page, where he actively connected with friends and where he shared his photos and stories of a recent RV cross-country road trip. The trip took him from his home in Tuscon to his birth state of Indiana and beyond.

Director of ANSWER Coalition Brian Becker also took to Facebook to remember Chuck. “He was an important leader in the Steering Committee of the ANSWER Coalition when it was founded three days after Sept. 11, 2001. He was the Co-Director of the Alliance For Global Justice (AFGJ). A wonderful human being —- we will all miss him!”

James Patrick Jordan, Co-Coordinator of Alliance for Global Justice reminds us of Chuck’s life well lived. “Amidst whatever grief and sorrow we so rightly feel, raise a toast to a life well lived, if possible, a toast of Nicaraguan rum, which he always maintained was the best.”

While no single person will likely be able to fill Chuck’s shoes, Alliance for Global Justice continues to be in the thick of important anti-imperialist solidarity work on Nicaragua, Honduras, Colombia, Venezuela and more through its ties with grassroots movements. The ongoing work of AFGJ can be supported here.

Alliance for Global Justice has published a tribute which can be found here: Chuck Kaufman, ¡presente! 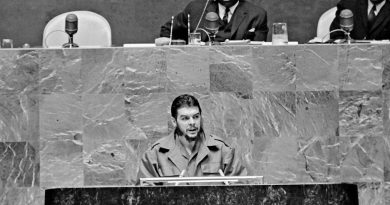 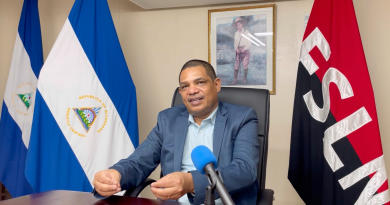