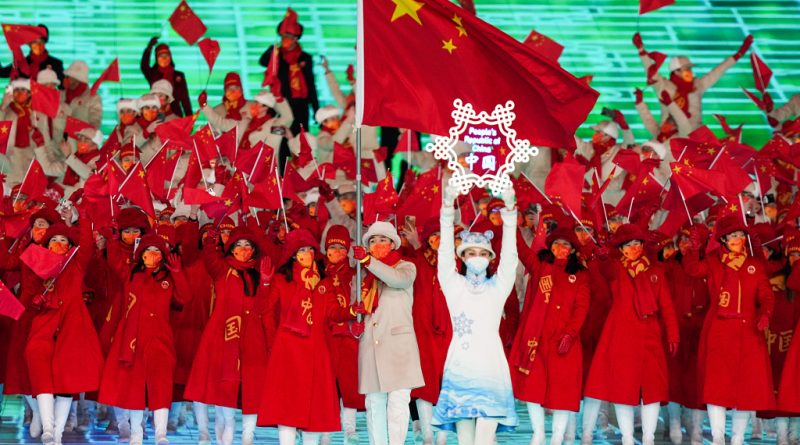 In our new bi-weekly column, we’ll be interviewing Maria Fe Celi, Peruvian political analyst in Shanghai, to discuss Chinese culture and current affairs from a Latin American perspective. For this edition, we discuss the Winter Olympics and what it means for the country.

The Winter Olympics have begun! How has it been there? Are people excited?

Yes, China is having a double celebration at the moment because the new year has just begun, this is the year of the tiger. This is the most important annual festival here, everything comes to a halt and people go to see their families. Usually, there is a lot of internal tourism, though not this year due to the pandemic, nevertheless people are still in a festive mood. Then came the Winter Olympics, which is somewhat of a novelty because China doesn’t have much of a tradition of winter sports, there were some pre-Olympic competitions held but no one paid much attention. However, now on Weibo, people are all over it and are super excited. Meanwhile, the new year’s gala, which is a special annual show, actually disappointed a lot of people and was criticized on social media.

Now that the games have begun, Weibo is dominated by discussion about it. Just now I saw that everyone’s talking about curling, which I’d describe as chess on ice, and everyone’s commenting about how they find it fascinating despite not really understanding it!

Speaking to my friends in Beijing, they say it’s very exciting. The Chinese are very similar to Latin Americans in that they always want to be good hosts and attend to visitors well. In China, people don’t often invite anyone into their homes, but when they do, they go above and beyond to treat you well, by ‘home’ I mean people’s actual houses, but also the wider country.

How does this sort of mass celebration fit in with China’s zero-covid policy?

Yes, there was a recent outbreak that has been controlled now. In Latin America, the outbreak would have been considered tiny, but in China, it’s seen as massive, it was around 110 cases. There are still some areas under lockdown.

The Olympics are taking place literally inside a bubble within Beijing, everyone coming from abroad such as athletes and journalists, but also Chinese workers who are staffing the event, have all been inside this bubble for weeks, it’s basically a parallel city and everyone inside it has no physical contact with the rest of Beijing and it’s citizens. Japan did a similar thing last year, but it wasn’t nearly as strict as the measures here. Whenever the Chinese government carries out a new project of this kind, they always do test runs and simulations beforehand in different areas to see if it’s feasible, nothing big is ever announced from one day to the next, there’s always this kind of planning.

What about the geopolitics of the games? The opening ceremony was spectacular and showed China as a confident and prosperous nation, the President of Russia and of Argentina were present and held very important meetings. How was this covered in Chinese media?

China sees this as a moment in which friendships are being deepened, rather than a moment of confrontation against another force. On Douyin (Tiktok) there are lots of fun videos about Putin with messages about ‘our friend’ who has ‘come from afar to visit us’, there’s a narrative about friendship and brotherhood with Russia, in the face of a world that seems increasingly hostile to China.

A friend who was there at the opening ceremony told me that as each country came out, the crowd clapped throughout for everyone, with a special cheer for Russia and Pakistan, but that when the US team came, the crowd clapped for 5 seconds out of respect but then went totally silent. There’s definitely a feeling of resentment against the US for its hostility, the idea that the US is only attacking the government rather than the people is meaningless here, attacking the government is seen as attacking the whole of the country, so Chinese people are upset about that and see that they share a common enemy with Russia. The Olympics has made people feel good, and Russia is portrayed as a friend with whom there’s not only mutual respect and understanding between each other’s countries but also actual friendship.  There was also the visit of Argentina and the President of Pakistan, which is considered a highly strategic relationship for China.

CGTN has a report about a ‘5G train’ being launched for these games, where journalists can broadcast live shows about the Olympics while they’re on the train between venues within the bubble. Here in Latin America, there’s no 5G yet, so we’d like to know how it’s affected people’s daily lives there in China.

Well, not everyone has 5G, I’ve been living in China for 4 years and I don’t have 5G! You have to have a certain kind of phone and sim card to access 5G, sometimes when speaking with people in Peru I say that my connection is not great, and they always reply ‘what happened to your 5G?’! 4G is still the most widely used, I live on a university campus, so I can’t install it for myself, but people who have put it in their homes say that it’s truly extraordinary, the connection speed is instantaneous and it makes life and work much easier. It’s being used a lot in artificial intelligence too, it’s also being applied in healthcare, just recently there was a case where a surgery in Tibet was conducted by doctors miles away in Shanghai, they were operating tools remotely through 5G. 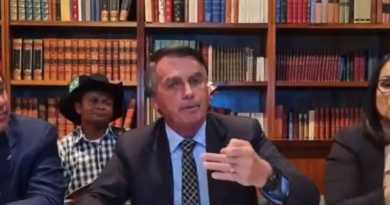 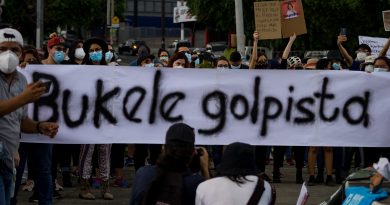 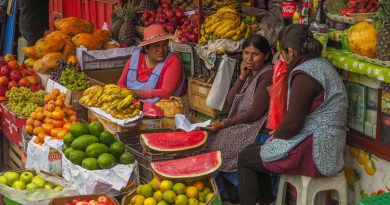 Bolivia Has The Lowest Inflation in Latin America