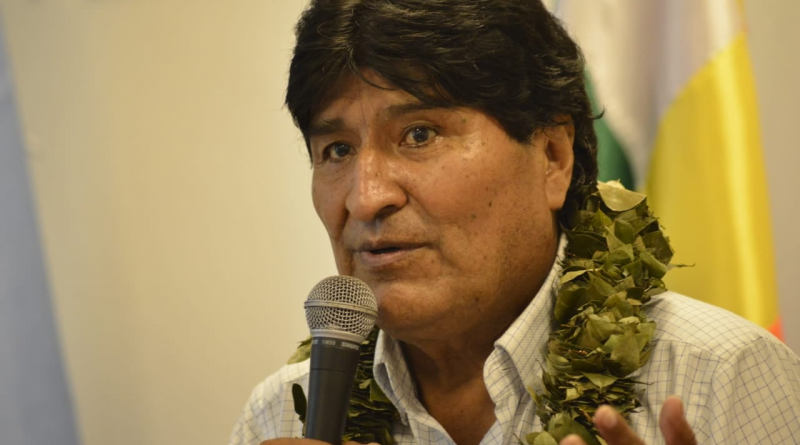 “The peoples have historical memory.” Former President of the Plurinational State of Bolivia, Evo Morales, held a press conference in Cochabamba on the morning of May 4, 2021 in which he recited his open letter to the European Parliament in response to an interventionist resolution which was passed days prior (read our article on the resolution here). Evo says the Parliament’s resolution makes evident that some sectors of Europe still retain a colonial vision against the free peoples of Latin America and the Caribbean and calls for deep reflection.

The peoples have historical memory

More than five centuries have passed since colonization began and it still seems like yesterday. Bolivia, like many peoples of the South of Abya Yala, today America, thanks to the struggle of our grandparents and liberation leaders, declared itself an independent and sovereign territory two centuries ago. From that moment on, despite our difficulties, our people always knew how to defend the legacy of our liberators.

With much surprise, in the XXI century, we have learned of the European Parliament’s approval of a resolution in reference to Bolivia, which clearly shows that some sectors of Europe still retain their colonial and humiliating vision, against the free peoples of Latin America and the Caribbean.

Europe, the old continent of revolutions and important contributions to science and the development of humanity in different fields, among them the French revolution, has also confronted the whole world in two world wars in 1914 and 1939. Today, like many of our countries, it faces problems with pandemics, racism, economic crisis, among others.

However, once again, outside the principles of International Law and the United Nations Charter, they intervene in the internal affairs of the Bolivian people. Furthermore, in an unconscionable manner, they make absolutely false statements and assertions.

In view of their assertions and distorted political sources of information, it is worth remembering that Luis Almagro made the OAS an accomplice of the coup d’état in Bolivia, as it was the promoter of the military interventions in Grenada in 1983 and Panama in 1989. The peoples have historical memory, they will always have the strength to recover and again build a path towards living well and well-being.

Today, Bolivia enjoys its democracy, recovered with the strength, will and conscience of the people in October 2020, after a year of coup, persecutions and serious violations of human rights, with 38 dead, 800 wounded, about 2,000 arrested without cause; And we wonder: Where were the European parliamentarians during this year? Is the life of the Indians worth nothing? Is being a worker, a laborer, a miner, a teacher, an indigenous person, a woman, a young person of less value for the human rights and democracies of the West?

Every day, new elements of how the coup d’état was structured become known. Certainly, international actors promoted, supported and financed it. But they try to show that it was not so. Then, what do you call a government that assumes breaking all the rules and the very Constitution of the State? How do you define a government established and installed (even in the symbols) by the police and military forces? The real democracies and defenders of human rights must denounce all human rights violations and all coups. Or, in the 21st century, should we understand that there are good and bad coups?

Time will clarify each of the facts that led to my overthrow as Constitutional President, as a result of which I was forced to take refuge in Mexico and Argentina, to preserve my life and safety in the face of the obvious threats that existed at that time. My crime was to be indigenous, to promote a democratic and cultural revolution and to always stand firm with my revolutionary principles in the face of all attempts to humiliate and intervene in my homeland Bolivia. Nearly 14 years allowed us to have the best results, in the reduction of extreme poverty, between 2005 and 2018, it was reduced from 38.2% to 15.2%, greater equality was created, international reserves grew, improved schools, infrastructure, communications, among many other issues that we prioritized to build a true democracy with political participation and social development for our people. We made Bolivia the best Bolivia in its history.

It is time for deep reflections. Throughout the history of humanity, interventionism and colonialism for more than 500 years in America and Africa, have only served to destroy peoples, destroy their peaceful coexistence, destroy their knowledge, destroy their culture and historical legacy.

Bolivia has decided to build its own history, democracy and development, proud of our diversity and fully exercising our sovereignty with dignity and identity. We are not a colony or anyone’s backyard. 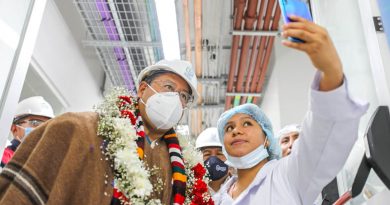 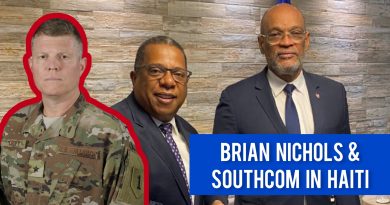 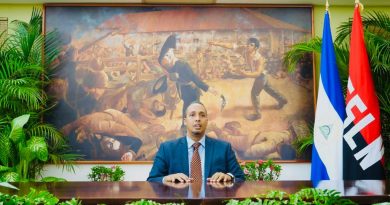 August 4, 2022August 4, 2022
We use cookies on our website to give you the most relevant experience.
ACCEPT
Manage consent