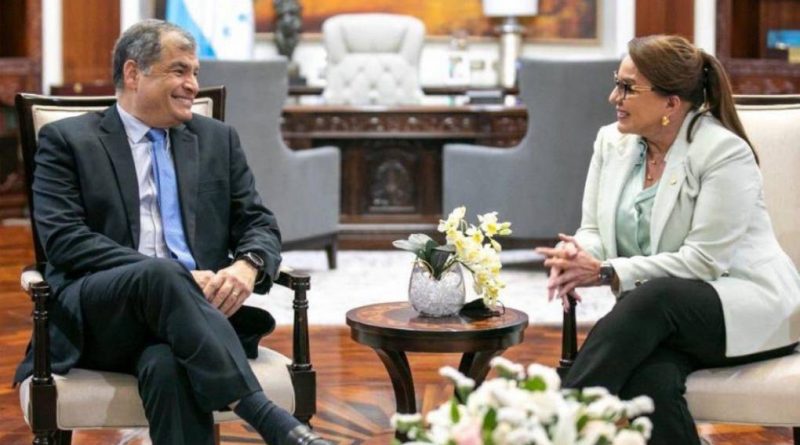 Rafael Correa will advise the government of Honduras on the economy. A government press release stated that Correa is visiting at the invitation of President Xiomara Castro and will exchange knowledge and experience with different sectors of the country on various economic issues.

The visit “is another example of the interest from international personalities in learning about the government plan of Honduras’ first female president,” read the statement.

The statement highlighted Correa’s credentials, pointing out that he has a “doctorate in economics among other high level studies that place him as one of the most outstanding economists in Latin America”. The press release also cited how the UN’s Economic Commission (CEPAL) has granted him awards on two occasions.

The left-wing ex-president of Ecuador governed from 2007 to 2017 and cut poverty in half while in office. He has also advised the government of President Nicolás Maduro in Venezuela where positive growth has returned to the economy for the first time since the start of US unilateral sanctions.

Controversy and Persecution in Ecuador

Rafael Correa is being persecuted by the current neoliberal government of Ecuador which has a warrant out for his arrest. This government sent a letter of protest to Honduras regarding their hosting of the former president and expert economist.

Correa dismissed the letter of protest during a press conference in Honduras. He recalled that all international bodies have rejected Ecuador’s requests to extradite him. “Stop being ridiculous, Interpol, the Kingdom of Belgium, and Europe are all falling over laughing as they reject these petitions”.

At another press conference, Correa said that 95% of Honduras’ problems are those that Ecuador faced in 2006. He added, “Pursuing the common good is the raison d’être of holding public office. The government of President Xiomara Castro is willing to govern based on the common good”.

President Xiomara Castro won a landslide election victory on a left-wing platform as the candidate of the ‘Libre Party’. Her victory represents the return of democracy in the country for the first time since the US-backed coup in 2009. Her government has also restored diplomatic relations with Venezuela’s elected government. The former regime had recognized the US-backed opposition figure Juan Guaido. 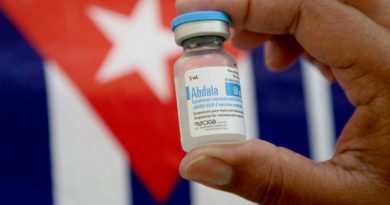 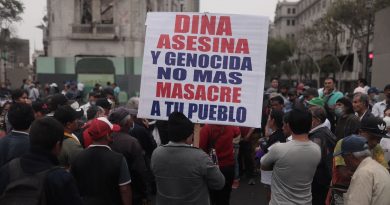 How many have been killed by Peru’s coup regime? 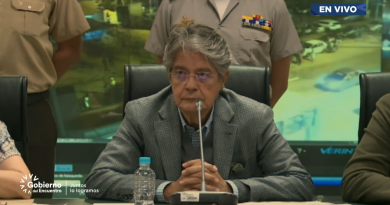