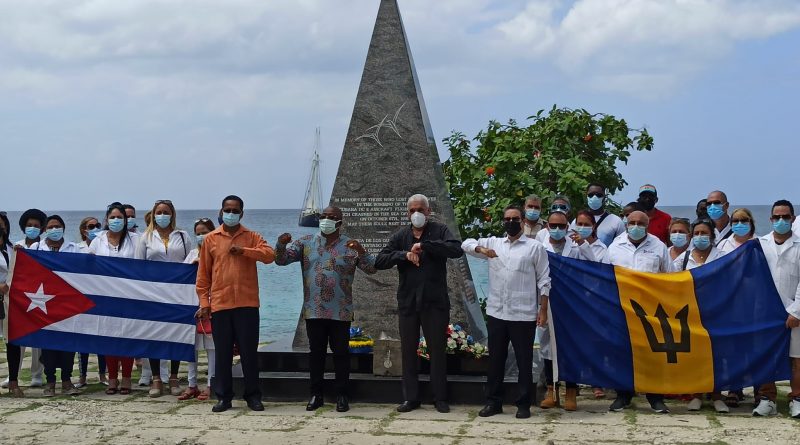 The governments of Barbados and Cuba commemorate the 45th anniversary of the terrorist destruction of the Cubana airliner and its 73 passengers in the airspace of Barbados. A solemn ceremony was held at the Cuban monument in Paynes Bay, St James, at 9:30am on October 6, 2021.
Analysis Latest
October 6, 2021October 6, 2021Barbados, Cuba

The booklet that follows, titled “THE CUBANA STORY” uses literary forms of essay, short story and poem, and photography to bring us this important story in Caribbean and Latin American history, which is being commemorated by Cubans, Barbadians and across the region today.

This 76-page booklet, in English, is dedicated to the memory of the 73 persons who perished in the terrorist bombing of Cubana Airline Flight 455 – the 24 members of the Cuban National Junior Fencing Team; the 11 Guyanese, most of whom were scholarship students; the 5 North Koreans; the 25 crew members; and the other 8 Cuban passengers.

Compiled and edited by David Comissiong (Barbados’ Ambassador to CARICOM) on the occasion of this year’s 45th anniversary of the terrorist attack, with sections by Juan Carlos Rodriguez and Winston Farrell. 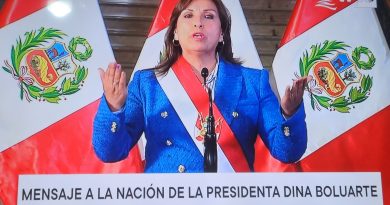