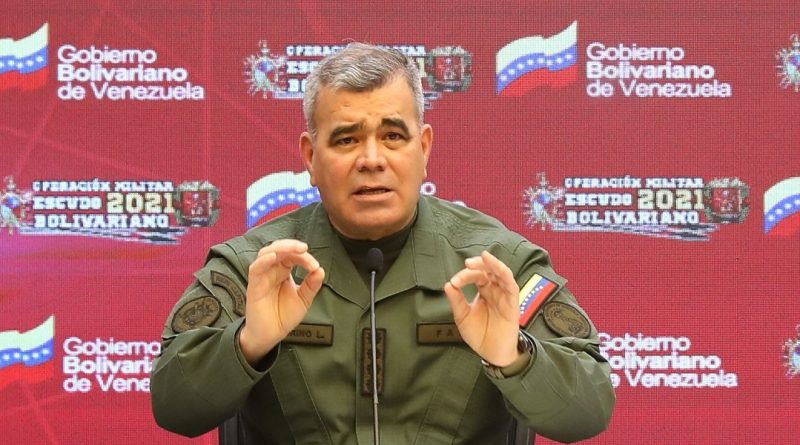 Venezuela’s Bolivarian National Armed Forces (FANB) are continuing efforts to secure national territory and dismantle Colombian irregular armed groups operating on the Colombian-Venezuelan border. Confrontations between Venezuelan state security forces and the armed groups which are linked to narcotrafficking, began on March 21, in the town of La Coromoto, state of Apure.

The expulsion of the paramilitarized forces has coincided with the dismantling of several drug camps. The FANB informed that the initial combat, which took place during the Bolivarian Shield 2021 military operation to increase readiness in the specific region of the country, resulted in the neutralization of alias “Nando” and the capture of 32 members of the armed group, as well as the destruction of six camps, and the seizure of weapons, war equipment, explosives, vehicles and drugs. Two Venezuelan military personnel were killed and several wounded.

Venezuelan officials are treating these as armed third-party structures of the Colombian government, operating in the midst of false flag operations. President Nicolas Maduro, who has on multiple occasions indicated that plans are being prepared from Colombia to carry out an armed attack, says that these groups coordinate a strategy of the Colombian oligarchy and the U.S. Southern Command, which have supported and protected them, contrary to Bogota’s claims.

In a speech, President Maduro said that Colombia wants “to escalate a powerful attack on the military unit, a massacre against our Armed Forces (that generates) a forceful response and then begins a direct confrontation between the military forces of Colombia and the forces of Venezuela.”

Foreign Minister Jorge Arreaza remarked by saying that while Venezuela has expelled Colombian irregular armed groups, Colombia hasn’t bothered to confront the groups in its own territory despite sending thousands of its soldiers to reinforce border observation: “Bogota sends military troops to the site. They do not pursue or capture them. They mobilize troops to protect them. Alert! No one should be fooled,” warned Arreaza.

Minister of Defense Vladimir Padrino Lopez has said that the duty of the Venezuelan military is to keep out this and any other irregular criminal group, particularly as the group being expelled is following a clear strategy of imperialism with the Colombian government to act against Venezuela, by constructing a false narrative involving secondary actors.

Padrino Lopez laid out the intentions of these actors on Twitter: “This conflict, where the [Bolivarian] Republic makes legitimate use of its weapons to expel the groups that crave our territory for bastard purposes, is accompanied by other weapons that seek various objectives: 1. Defend economic interests of a drug-trafficking political class 2. Create uncertainty in the Venezuelan population 3. Build an international opinion matrix 4. Undermine the morale of the FANB and destabilize Venezuela. For this they use psycho terror, social media, the media operators of lies and the big media.”

Meanwhile, Colombia’s Ivan Duque has participated in the building of a false narrative, claiming Venezuelan authorities are responsible for the delinquency and lawlessness which characterizes Colombia, blaming the neighboring government for a vehicle bomb attack which took place in Colombia’s Cauca, where Iván Duque would later go to propagandize, considered a likely false flag operation by Venezuela.

These events have come with media accompaniment to frame and position a particular narrative, including the participation of reporters and media figures aligned with Duque and Alvaro Uribe. As reported by Misión Verdad, the little information which circulated in the initial days following the events of Sunday the 21st provided a breeding ground for speculation, false news and an attempt by the right-wing press to impose a narrative through social media. Colombian media and organizations took an active role in jointly amplifying the human displacement around the border caused by the war in Colombia, but doing so in ways which seek to fault the government of President Nicolas Maduro. Human Rights Watch and its Director, Jose Miguel Vivanco, has joined international media in the propagation of unfounded and manufactured claims.

Bogota has reversed the gains made under the former administration and failed to implement the 2016 Peace Accords since Duque came to office. The country has fallen into a worsening humanitarian crisis and return to conflict since his presidency began. Violence including massacres have increased, paramilitaries have re-emerged, and illegal activity and armed bands have spread precisely during a time which the Duque government has given the U.S. Drug Enforcement Administration (DEA) and the U.S. Southern Command free range to operate on its territory.

It’s during this period that drug traffickers have been hard-hit by Venezuelan security forces through drug seizures, downing of aircraft, destruction of clandestine runways, among others as the FANB has continuously strengthened operations along the border with Colombia. For Minister of Defense Vladimir Padrino Lopez, protecting Venezuelan sovereignty and peace against all aggression and illicit activity remains the objective.

With information from Misión Verdad. 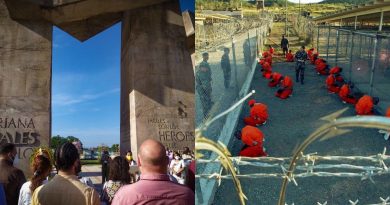 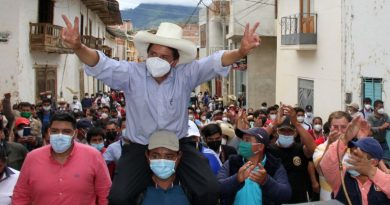 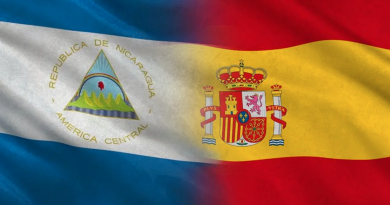