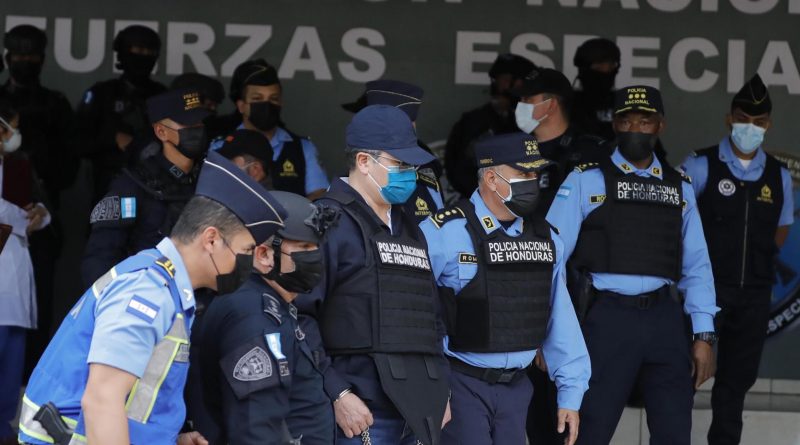 Hondurans celebrated as Juan Orlando Hernandez was handcuffed, chained and taken into custody at his home by police following the issuance of an arrest order by a judge.

Security Minister Ramón Sabillón, who escorted Juan Orlando, has confirmed that the former President will be held at the Cobra Special Forces base in Tegucigalpa until he is presented before a judge on Wednesday morning, to be notified of the charges he faces in the United States.

The request for “provisional arrest of a Honduran politician for the purpose of extradition” was made on Monday by the United States embassy in Tegucigalpa, twenty days after he concluded his second consecutive term, on January 27th. Among other things, the embassy indicated that “in total, since approximately 2004, the conspiracy transported more than approximately 500,000 kilograms of cocaine through Honduras destined for the United States.”

The two-term President was a close U.S. ally and received high praise from U.S. authorities for measures they say he took to combat drug trafficking and transnational crime. His brother, Tony Hernandez, was convicted for drug trafficking in the U.S. in 2019 for which he was given a life sentence. The ex-president was named co-conspirator in three U.S. criminal trials and former DEA Chief Mike Vigil told media that ‘Evidence amassed against Juan Orlando Hernandez goes back to when he was a member of the Honduran parliament’.

The new government of President Xiomara Castro seemed prepared to hand over Juan Orlando for extradition because, according to several Libre Party lawmakers, the Honduran justice system, in its weakened state, would not be able to carry forward criminal proceedings. The country’s court system remains in the control of the former government’s Partido Nacional.

Crowds gathered outside Juan Orlando’s home beginning Monday evening in celebration of what they consider justice for the crimes of a narcodicatorship which began with the 2009 US and Canada-backed coup against leftist President Manuel Zelaya.

In her inauguration speech, Xiomara vowed to fight for justice for the crimes of the coup, including an amnesty law for political prisoners, freedom for Guapinol defenders and justice for Berta Caceres. She added that under her administration she would accept no more death squads, mercenaries or drug trafficking or organized crime.

A communique published by the National Police after today’s arrest states the following:

The National Police, acting on behalf of the State of Honduras, following the instructions of the President of the Republic, Xiomara Castro de Zelaya, who has ordered the strict application of the law, informs the national and international community that:

1. In coordination with U.S. agencies, particularly the Drug Enforcement Administration (DEA), a police operation has been carried out in recent hourst, leading to the capture of the former President of the Republic, Attorney Juan Orlando Hernandez Alvarado.

2. During the capture operation, the police protocol was followed to guarantee the security of the now detained, as well as that of his family.

3. The National Police of Honduras reiterates its commitment to ensure the correct application of the provisions issued by the country’s judicial bodies. 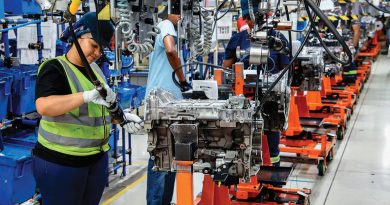