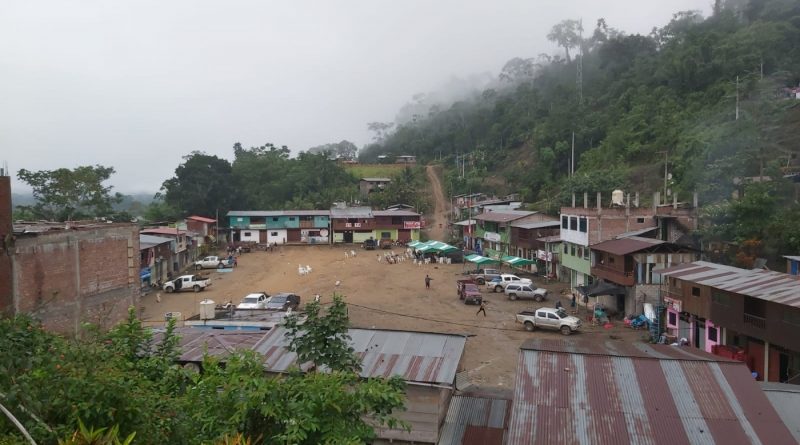 A horrific terrorist attack in Peru has shaken the country just two weeks before the presidential election and has since been utilized by the campaign of far-right candidate Fujimori to attack leftist candidate Pedro Castillo.

The massacre took place on Sunday night (May 23rd), when gunmen opened fire at a local bar killing 16 people, including two children, in the town of Vizcatan del Ene, in VRAEM region. The military immediately attributed the terrorist attack, one of the worst in years, to the group known as Sendero Luminoso, known as Shining Path in English.

Leaflets placed at the scene instructed people not to vote in the upcoming “bourgeois elections” and state that anyone who votes for Keiko Fujimori is a “traitor”.

Shining Path was an armed Maoist group in Peru that killed thousands, particularly in the 80s and 90s, including numerous terrorist attacks against civilian populations in both cities and rural communities, and even against other leftist groups which opposed their violent tactics.

Since then, Peruvian media have labeled any and all leftists or social movements as ‘terrorists’ and ‘Shining Path sympathizers’. This includes the current presidential campaign in which leftist candidate Pedro Castillo, currently first in the polls, has been accused as having unspecified links to Shining Path, despite his known background in rural rondero self-defense groups that fought to expel Shining Path from their territories.

Castillo condemned the killings, stating, “I strongly condemn this terrorist attack and urge the justice system to apply the full weight of the law. We will not tolerate any act of violence.”

Nevertheless, the Fujimori campaign has used Sunday’s tragedy for electoral purposes. Her brother, Kenji Fujimori, posted a photo to Twitter of a stop sign over a communist hammer and sickle, with a caption reading “With the massacre in the VRAEM, Sendero seeks to intimidate the population so that they won’t vote for Keiko. Terrorism does not want Keiko to be in government, because it was already defeated by my father once. This time the same will happen.”

Right-wing newspaper Peru21 has published numerous pieces by former officials of the Alberto Fujimori dictatorship linking the killings to the current election, including one from an ex-intelligence official saying, “Radical terrorists of the left that have infiltrated the parties and national political life. Those who are in hiding, like the Shining Path, have come together and they want to lead the country into chaos.”

The attack has presented an opportunity to revive old discourse about ‘leftist terrorism’ at a time when the leftist candidate has appeared unbeatable in the polls.

However, two journalists, Ralph Zapata and Oscar Castilla, have cast doubts on the official explanation with a piece in the country’s leading investigative outlet, Ojo Publico.

The piece reminds readers that Shining Path’s last leader, ‘Artemio’, was arrested in 2013. The group that operates in the area where the massacre took place is a faction led by Victor Quispe Palomino, which split off from Shining Path over a decade ago and is considered by Peruvian police and the DEA to be function primarily as a narco-trafficking group and not a political one.

The same view was echoed by indigenous leader, Angel Pedro Valerio, President of the Central Asháninka del Río Ene from the VRAEM region, who spoke to Ojo Publico saying that the armed faction is not fighting an ideological war, and that its focus is on displacing indigenous groups in order to use the land for narco-trafficking purposes. The region has become a hotbed for cocaine production and Peru remains the second largest exporter of the drug after fellow U.S.-ally, Colombia.

National security expert, Jaime Antezana, also spoke to Ojo Publico and agreed that the group has not installed an ideology; it’s a drug business that works with Colombian and Brazilian cartels, producing and transporting drugs.

The most important testimonies have come from the survivors who spoke to investigative journalists for the piece. One woman who was injured and managed to escape the massacre described what happened in the moment:

“There was no exchange of words.. We thought it was a drunken fight, but the shooting just kept going more and more; they shot the owner, her sisters and I hid in a room, which in the end they burned,”

Peru’s Congress has summoned the Ministers of Interior, Justice and Defense, as well as the Attorney General, to present information on Wednesday about the ongoing investigations into the massacre.

President Francisco Sagasti warned against using the tragedy for electoral purposes in a speech on Tuesday, saying; “Beginning with a message to the candidates, I think it is clear, it has already been said and they have expressed it themselves, that this cowardly attack, this tragic death should not be used politically in the campaign.” 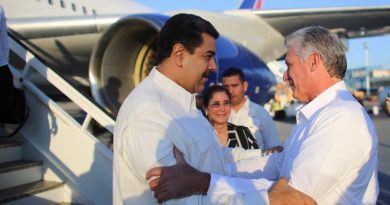 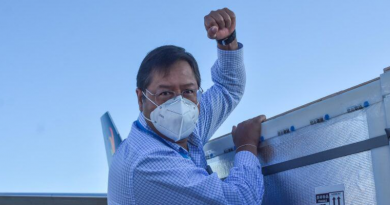 "Without Cuba, every single Caribbean country would have had great difficulty in fighting this Covid pandemic."

🇩🇲 Prime Minister of Dominica, Roosevelt Skerrit, thanks "heroic people" of Cuba 🇨🇺 and Venezuela 🇻🇪 for their generosity.