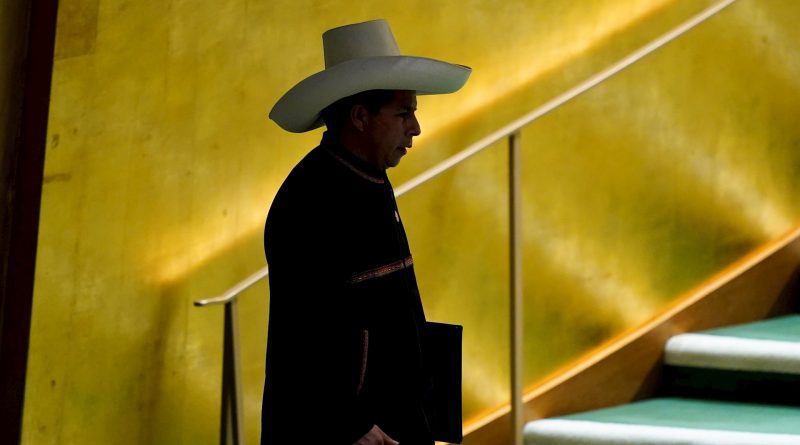 A controversial cabinet reshuffle this week has served to show just how difficult it can be to implement radical and redistributive change. President Pedro Castillo won Peru’s June 6th elections in the second round. His flagship policies were; a new constitution and the nationalization of natural resources. The expulsion of US forces (military bases, USAID, DEA) was also part of the winning manifesto. However, all those promises have run up against corporate interests, which appear to have forced the government into a corner following the controversial cabinet reshuffle.

When President Castillo was officially sworn in, in July, he made clear his intention to carry out the changes Peruvians voted for. He appointed Guido Bellido, as Prime Minister; an indigenous Quechua and a senior leader of the socialist Peru Libre party. Marxist professor Hector Bejar was appointed Foreign Minister. His first act as Minister was to withdraw from the anti-Venezuela ‘Lima Group’, leaving it without its headquarters.

However, the pressure began to be felt from day one. Every single national media outlet aggressively attacked President Castillo for choosing Bellido. Even the liberal La Republica newspaper employed the same McCarthyite language to implore Castillo to incorporate liberal establishment figures from the former administrations.

Bejar was the first to be removed. Old comments by Bejar were unearthed in which he linked the CIA and Shining Path, and others where he stated that the military had committed human rights abuses during the civil war with the Shining Path, causing outrage within the Armed Forces. Bejar revealed in an interview to teleSUR that it was the Navy which forced him out, also pointing out that; “The Armed Forces do have deliberative power, therefore, this action by the Navy is unconstitutional.”

The military replaced Bejar with an establishment insider, Óscar Maúrtua, former Foreign Minister under the right-wing government of Alejandro Toledo (who is currently in Miami after fleeing corruption charges within Peru). Within days, Maúrtua had signed a cooperation agreement with USAID.

Bellido’s dismissal followed much the same format. The previous week he had released a statement that read, “We summon the Camisea gas operating and trading company to renegotiate the distribution of profits in favor of the state, if that’s not possible, we will opt for the recovery or nationalization of our resources”. It simply reiterated Pedro Castillo’s second most important campaign promise.

Nevertheless, it sent Peruvian media, opposition, and corporate interests, into a fit of rage. The opposition in congress released a joint statement the same day, saying that public control of natural resources is, “an authoritarian attitude that puts at grave risk the legal security of investments in the country”. The text goes on to say that the opposition will use Congress to “stop and defeat every threat of nationalization”.

A week later, Bellido was forced out of government. In a press conference announcing his departure, Bellido explained that; “The people are a witness to the manner in which, above the state, there are powerful forces that govern, pressure, coerce, denounce and persecute. Even if the President changes, these forces appear to be permanent and have captured the justice system, using it to criminalize all their political opponents”.

As in the case of Bejar, Bellido was replaced by another establishment figure, Mirth Vasquez, former President of Congress under the neoliberal Sagasti government which preceded Castillo.

Vladimir Cerron, the leader of Peru Libre, on whose ticket Pedro Castillo won the elections, has denounced this reshuffle saying, “We are sure that with the current cabinet they will not even try to fulfill the campaign promises, it will be a space to defend the status quo, the privileges of always, the historic discrimination against the people will be maintained.”

What’s clear is that the popular policies that Castillo won with, are being neutralized by those who want to ensure the continuity of Peru’s liberal technocratic style that governed before Castillo, and which was overwhelmingly rejected at the polls precisely because of that tendency’s inability to tackle poverty and inequality.

Hector Bejar was perhaps particularly prescient two months ago, when he said, “At this rate, President Castillo will have to ask the Armed Forces for permission before appointing each minister, if this continues then the military will end up governing. I hope that doesn’t happen.”

To help decipher what’s going on, we spoke to Peruvian journalist Martin Manco. Martin visited our offices in July, to meet with Evo Morales, we contacted him this weekend to hear his insight.

Governing in the interests of the poor, rather than elite interests, has proven more difficult than first thought for Pedro Castillo.

It’s been extremely difficult for Pedro Castillo to implement the transformations he envisaged, there’s a very strong resistance against change from within the government and I’ve discussed this with our brother Evo Morales.

It wasn’t just Bellido that is out now, but seven other Ministers removed, in Education, Labor, Production, Mining, Interior, Culture, and more. All these changes give an impression that Castillo has been pushed to the center, in Peru we call it ‘Humalisacion’, which means following the path of the ex-president Ollanta Humala who was elected as a leftist candidate but then abandoned his promises and governed as a neoliberal, building some social programs but maintaining the status quo with regard to the economic model on behalf of powerful economic interests.

Who is the new Prime Minister, does her government have any intention of implementing Castillo’s winning campaign promises such as a new constitution and nationalization of gas?

I think that the nationalization of gas is going to remain on the agenda despite this setback. There is broad recognition of the need for the state to have greater control of natural resources. We are very aware of the Bolivian experience in doing this and the success that it had under former President Evo Morales.

Mirtha Vazquez was President of Congress and her short period in that role isn’t seen as particularly negative. She’s clearly a more centrist figure and that’s how she governed, so we can see that Pedro Castillo has been pushed to the center on this. She’ll push the left within government, Peru Libre, to one side, and won’t respond to their priorities. The pressure for this to happen, from the media, congress, and from the population in Lima, has been overwhelming, they’re too scared to change the structures of society that they’ve grown accustomed to. Another factor has been capital flight, corporate interests have threatened Castillo saying they’ll ditch the local currency and keep their capital in dollars, which is something that the media uses to scare the population, those interests forced the price of the local currency to drop against the dollar to make clear the power they have. At an international level, the US dollar is falling, but within Peru, its value has shot up in comparison to our currency. That’s the power these special interest groups have. All this has scared Pedro Castillo into believing that they can destabilize the economy.

How has the media responded to these changes?

All media in Peru has had a very radical position against Pedro Castillo. Many were calling his government to be overthrown, others were declaring that Castillo won’t finish his term and was saying that as a threat. This cabinet reshuffle was designed to calm those attacks, hoping that they would take a less radical position against the government.

I think Pedro Castillo did want to implement big transformations, but has realized that the conditions were not necessarily there for a real change to the structures of power that are still dominant in the country. 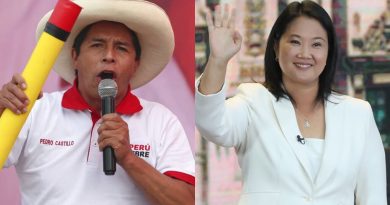 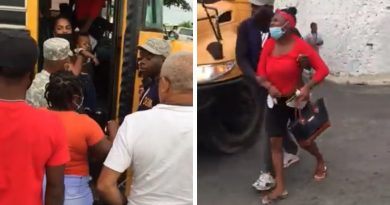 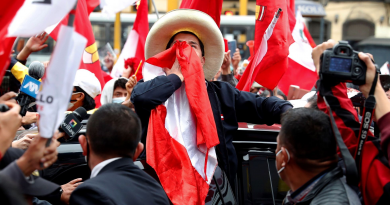 June 15, 2021June 15, 2021
We use cookies on our website to give you the most relevant experience.
ACCEPT
Manage consent