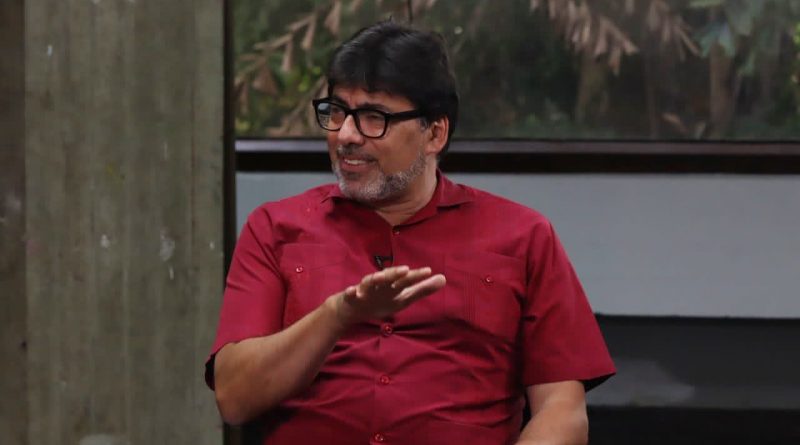 Chilean Mayor of Recoleta, Daniel Jadue, spent the last week in Venezuela participating in the International Summit Against Fascism. Jadue, a sociologist and member of the Communist Party of Chile, has been elected three times in the comuna of Recoleta. He received wide support from Chilean social movements which had hoped to see him run as president in 2021, but he was nudged out in the nomination process by liberal candidate Gabriel Boric.

Jadue joined Venezuela’s Minister of Culture Ernesto Villegas for a 40 minute interview at the famous Teresa Carreño theater in Caracas.

Before the interview, Jadue sent the Chilean press into a frenzy with comments made in support of the Bolivarian Revolution at an event hosted by President Nicolas Maduro. The mayor also sat down with teleSUR. Jadue described a scenario in his country in which “human rights violators walk the streets free, have pensions paid by the state, have judicial defense paid by State institutions, and also have sentences that are 40 years late, inadequate for the crimes against humanity that were committed”.  Here are some of the remarks from his interview on Aquí Con Ernesto with Ernesto Villegas.

Regarding the resurgence of fascism and nazism in other parts of the world, Jadue says the most important consideration is the exhaustion of the process of neoliberal globalization and a context in which transnational corporations have less tools through which markets and natural resources can be disputed.

“Therefore, today we are in a world where the dispute, markets and natural resources will develop exclusively through war, which has also become a very good business for these capitalist countries that are fighting every span of market territory in the world, being willing to do whatever it takes to control more or more territory for its market.”

This unfolds against the backdrop of a left that, since 1990s, “becomes self-conscious, renounces anti-capitalism and in one way or another submits and resigns itself to humanizing capitalism through the reformist path with the aim of mitigating the consequences of the contradictions of capitalism through legal reforms that solely and exclusively seek, in one way or another, to reduce the impact on the precariousness of life of the workers by capitalism.”

Jadue says that the left has failed to raise an alternative project and has become less internationalist as time goes by, at a time when internationalism is needed more than ever to confront a deeply class conscious transnationalized neoliberal right.

“We have a very legitimized president,” says Jadue, pointing out Gabriel Boric’s success in the December polls, in which he was elected with 55% of the vote. Boric is the most voted president in post-dictatorship Chile and also the youngest. However, Jadue says it will be difficult to fully implement the program which was promised, with a congress which is tied between what he describes as the progressive and leftist forces on the one hand and the conservatives on the other. As a result, Boric has had to expand his coalition and incorporate other actors in his search for greater support for policies.

“However, you have to wait for the Constitution because it is likely that the result of the Constituent Assembly will force an update to some laws which will be made to be much more democratic and deeply focused on the rights of the people.”

“But the expectations in general are to initiate a process of deep transformations (..) in such a way to change the path of Chile.”

“The population feels permanently abused in their daily lives with the payment of very low salaries, with the payment of very low pensions, with the increase in the cost of living that has no economic rationality but which is the product of speculation. [From this, we hope to] move towards a society that is first; plurinational, feminist, which has gender parity, a society of consecrated rights that ensure a dignified life for all people and prevent anyone from being left behind.”

Villegas posed the question: “President Boric, when he was a candidate, made efforts to differentiate himself from Cuba, Nicaragua and Venezuela and since being elected he has insisted on that line. What do you think of that?”

“Well, I think he has a completely different project. He has never proposed overcoming capitalism and neoliberalism and therefore it is very consistent that he wants to differentiate himself from countries that do believe that there is an alternative to neoliberalism and capitalism. That is the fundamental basis. There are people who believe and continue to be supporters of this single way of thinking that says that there is only one way of understanding the economy and only one way of understanding the development of societies,” responded Jadue.

Repression and impunity in Chile

Victims of state repression, violence and human rights abuses committed by Chile’s carabineros have yet to see justice.

“To this day we haven’t seen any state agent charged. How many people lost their eyeballs? Several hundred. I mean, several hundred were impacted in the eye, dozens lost sight in one of their eyes and two cases that completely lost their sight, in the case of the current senator Fabiola Campiña and the case of Gustavo Gatica.”

Jadue says that the media has been completely backwards in its portrayals of Chile and Venezuela. Whereas Venezuela is said to have violated human rights, state agents have been sentenced for their use of excessive force, while in Chile, repressive forces have managed to escape justice and international condemnation.

In the sanctuary city of Recoleta, where Jadue is serving his third term as Mayor, all services are said to be provided to anyone regardless of migratory status.

“It has always struck me that those who are most in favor of the complete freedom of movement of capital are the least in favor of complete freedom of movement of people. They like to close borders to people coming from other countries, but they open borders to the raw materials, natural resources and capital when it’s being stolen from those countries.”

Jadue concluded by expressing admiration for Venezuela’s continued resistance to the empire and for the lesson given through the example of the civic-military alliance, which he described as being “committed to the destiny of their homeland” and not to “the interests of other countries in their homeland.” 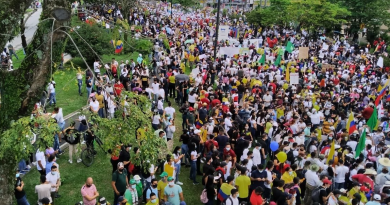 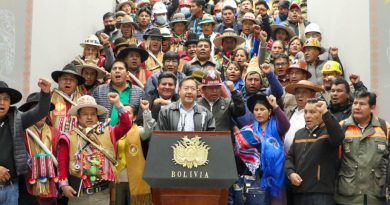