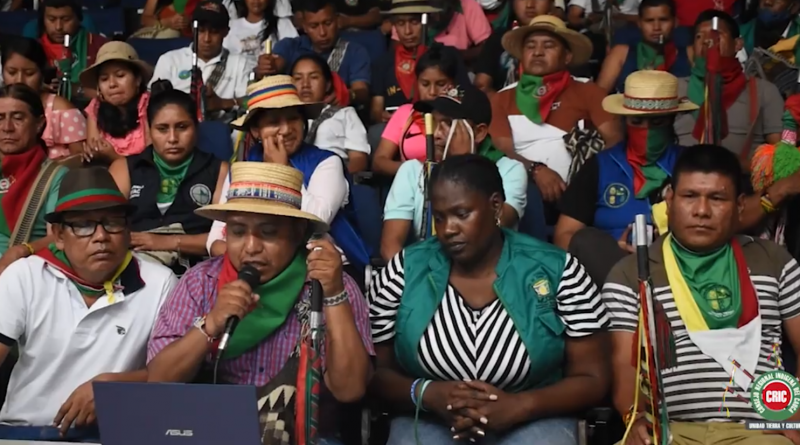 Twelve members of an indigenous Minga were injured, at least four with serious bullet wounds, after being shot by armed men in plain clothing on Sunday afternoon in the city of Cali, Valle del Cauca, during the 12th day of mass mobilizations.

In an evening press conference, the Cauca Regional Indigenous Council (CRIC) said that at around 2:30pm, a bus transporting indigenous guards went to the site where an indigenous leader was being threatened with gunfire from three armored trucks and SUVs guarded by police. Upon the arrival of the bus, the indigenous guards and members of the community were attacked with firearms. The events were captured in numerous cell phone videos and shared on social media.

The victims of the attack were all participants of an indigenous Minga which was taking place amid national strike mobilizations which have been maintained since April 28th, against the neoliberal policies of the Ivan Duque administration which has refused to offer solutions for the deep structural problems affecting Colombia’s working class in the areas of health, education, work and the economy in general.

Witnesses say the group of attackers were involved in a counter-protest, against the national strike and indigenous Minga, and had attempted to remove a road blockade that was being held by demonstrators.

Videos of the events which took place in broad daylight show police providing protection for the assailants and facilitating their getaway after the shooting.

An official press statement by the National Police in Cali claims that police attended a call for which “citizens were being attacked by a group of indigenous people” and that videos showed indigenous people using firearms in residential areas, “inciting terrorism” and “looting houses and apartments of the neighborhood” while injuring people with sharp objects. The false claims have been thoroughly disproved by witnesses and the CRIC itself, whose members were unarmed.

The CRIC has denounced former President and current Senator, Alvaro Uribe, for encouraging extremism and the unrestrained use of lethal force by the police and military against demonstrators. The far-right figure has used both the airwaves and social media to appeal for increased militarization and repression while promoting hate against social sectors participating in mobilizations.

The Indigenous Council also pointed to Mayor of Cali, Jorge Ivan Ospina, for his role in inciting violence against social movements and communities exercising their right to protest. The organization used the press conference to make known its demands, including guarantees for the legitimate exercise of social protest and guarantees for the work of human rights defenders and alternative media. The CRIC went on to reiterate its demand for the de-militarization of both rural and urban areas and demanded a response from authorities regarding the actions of extremist groups, adding that the armed group attempted to kidnap one of the Minga’s spokespersons.

“We hold the Colombian state responsible for this massacre and the ongoing genocide against the mobilized people” and “demand the resignation of the Minister of Defense, the commander of the National Army and the police as directly responsible for this situation” continued the statement.

President Ivan Duque responded to the day’s events by announcing increased militarization, specifically, “the greatest deployment of capabilities” and said security forces would be lifting the road blockades. In a video statement, Duque directly addressed the CRIC ordering the movement to abandon the sites of protest and saying the Interior Minister would be contacting them “to make them understand that this is not the time to generate provocations or confrontations with society.”

Among the videos which have circulated are a number which clearly show shooters in plain clothes firing at unknown targets from vehicles, while other videos confirm the collaboration of police and the unidentified gunmen who have been widely denounced as paramilitaries.

The Committee released a statement on Sunday night, expressing “willingness to hold an exploratory meeting with the government of Ivan Duque to demand respect and guarantees for the free exercise of mobilization and social protest, reject the militarization of the country and the excessive use of force by the police, ESMAD and the army towards those who mobilize peacefully and to address the negotiation of the requests consigned in the National Emergency Document, as well as other claims from the mobilized social sectors.”

Other social movements, outside of the National Strike Committee, have called for a protracted fight against the neoliberal austerity which will continue to be forcibly imposed by the Duque regime and are calling for the resignation of the President and his cabinet. (Read here for more on the demands of campesinos and rural communities)

Indepaz and Temblores issued a joint statement on Sunday with an updated account of figures on state violence since the national strike began. They report 47 homicides, of which 39 have been determined to be killings by police; 36 of which took place in Valle del Cauca, of which 35 were in the city of Cali. 34 have been determined to be the result of firearms, in two cases, the victims were ran over by ESMAD armored vehicles, and two deaths were the result of tear gas.

On a national level, at least 1,876 cases of violence by security forces has been recorded by Indepaz and Temblores including 963 arbitrary detentions of demonstrators, 278 victims of physical violence and 12 victims of sexual violence, among other instances of brutality and human rights violations.

Meanwhile, there have been more than 500 reported cases of missing persons nationally since April 28th, the vast majority of which have not been resolved. A consolidated list of cases of disappeared persons in Santiago de Cali was published over the weekend by the Misión de Verificación Paro Nacional, with information from human rights groups as well as information received online and through the media during the period of April 28 to May 6th (with no updated figures since then). In Cali alone, 156 cases of missing or disappeared persons have been reported, of which 31 people have appeared alive, some of which were detained, injured and beaten by police. There remain 125 cases of missing people in Cali, for which human rights organizations request assistance from the competent authorities to activate an urgent search mechanism.

According to the consolidated list published by Indepaz and Temblores, the overwhelming majority of the 47 murdered victims of Colombian state terror over the course of the national strike were youth.

Human rights organizations, medical missions and reporters with alternative media outlets have repeatedly made known the difficulties encountered in attempting to carry out their work with cases of harassment, threats, repression and arbitrary detention by police.

Social movements and rural communities have expressed that the state repression now unfolding takes place within a context of constant repression by security forces against communities and paramilitary attacks which have resulted in the killings of hundreds of social leaders, campesinos and peace signatories since Duque came to power. Much of the rural area violence is linked to drug trafficking, which continues to climb as Colombia tightens its partnership with the United States, both politically and militarily.

The United States government considers Colombia its firmest ally in Latin America, dedicating nearly $12 Billion in “aid” to Colombia between 2000 and 2020, $10 Billion of which was dedicated to Plan Colombia, a program which by all measures dramatically increased drug production rather than reducing it. In 2020, the number of massacres skyrocketed as consequence of a surge of paramilitarism. 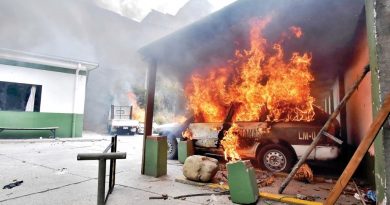 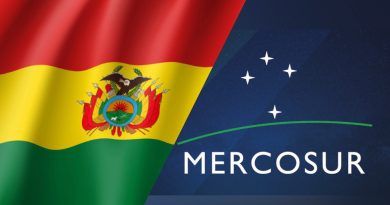 June 16, 2022June 16, 2022
We use cookies on our website to give you the most relevant experience.
ACCEPT
Manage consent