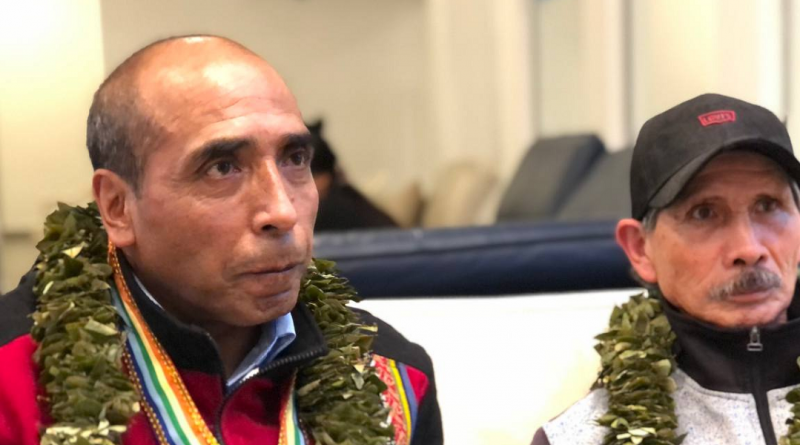 Kawsachun News spoke to Benigno Vengoa and Carlos Cusihuaman, who visited Bolivia as part of a delegation from Peru to participate as observers of the meeting of the RUNASUR technical commission in Villa Tunari, Cochabamba on April 24th and 25th. RUNASUR is the integrational project led by Evo Morales, with the aim of creating an organization to unite South America’s social movements.

Benigno Vengoa is the Mayor of Putimarca, a rural indigenous town near Cusco, famous among tourists for its multicolored ‘rainbow mountain,’ Vinicunca.

Putimarca is a town of just over 7,000 people, most of whom are agricultural workers. It is the sort of town that too many in Lima have long regarded as irrelevant and backwards. However, the campaign of Pedro Castillo has brought towns like Putimarca into the spotlight and for the first time they have a candidate and therefore a voice. Those long considered to be nobodies have now imposed themselves on national politics.

Carlos Cusihuaman is the leader of Benigno’s party, ‘Peru Al Socialismo,’ which they say is modeled on Bolivia’s MAS. Evo Morales is enormously popular among rural people in the Peruvian Andes. He’s seen as one of their own, compared to the white coastal elites in their own government. This group is just one part of a fragmented rural left in Peru which feels it has very little in common with urban academic leftism, but which now forms part of the provincial rebellion led by Pedro Castillo.

Pedro Castillo was disregarded by pollsters and the media alike, now he has a strong possibility of winning the presidency. Where did this man emerge from? How is he able to inspire such hope for millions of the poorest Peruvians?

CC: Pedro Castillo surged because he’s used much of the same discourse as Evo Morales in Bolivia. He’s proposed nationalizing hydrocarbons, gas, other industries such as electricity, water and other basic services. These ideas have generated huge excitement among people, people feel represented for the first time now with Pedro Castillo.

Peru is living through a long period of inequality, disunity, people don’t understand or listen to one another. Divide and rule, that’s how they’ve all governed us, everyone’s been divided and the people have been like a capsized ship in high seas, no direction. However, all the anger in society remains, and now Pedro Castillo has managed to bring it together and that’s how he came first in the elections.

He’ll face Keiko Fujimori, someone whose father is in jail for criminality during his time as President, she herself is facing corruption charges and the prosecutor has asked for a 30 year jail sentence just a month ago. She’s Japanese, she most likely has a US passport thanks to her U.S. husband. How can she represent Peru? A country of people with dark skin, of people like us, of people who love and adore this country, unlike these Japanese, or North Americans who call us migrants in our land if we go to the cities, that’s an injustice and we can’t allow it.

If Castillo goes even further in his radical proposals then he can go even higher in the polls. If he tones things down then the people may lose interest.

BV: We’ve lived 200 years as an independent republic, in that time we’ve only been governed by liars. Liars, corrupt people, people who take advantage. And this time, brother Castillo has appeared, leading a leftist movement. A man from the rural areas, a teacher, he has a discourse very similar to our brother Evo. It’s not just the campesinos, all of the population, intellectuals, professionals, have united in order to fight against the corruption which has governed us for so many years.

There was another leftist candidate at these elections, Veronika Mendoza, who was more known internationally. She placed a greater focus on some social questions such as gender and LGBT issues. Why wasn’t she able to win many votes this time?

CC: Firstly, Veronika Mendoza is someone who represents the world of NGOs, she lives off the NGOs, people don’t like that. Secondly, she was the private secretary of the wife of ex-president Ollanta Humala, who betrayed the people. How can we believe her now? What is her connection to ordinary people? None. She was living in France when Humala brought her in to be a lawmaker for Cusco and made her famous. Castillo, who was unknown, got a better vote than her, he has better proposals than her. A rural teacher like him will always be better than a representative of the right-wing. Because what were we thinking with Veronika, who came from France. She made her life in and was educated in France, not Peru. Her reality is different to ours. We were formed here, in our land, we didn’t go off to Europe, we’ll die here because this is where we belong.

BV: We’ve been deceived by Alan Garcia, who said he would represent the left. We’ve been deceived by Alberto Fujimori who said ‘we’re going to work for the rural areas.’ With Toledo who said ‘look at my face, I’m from a rural area, give me your vote.’ The same happened with Ollanta Humala. Now we know who are the people who just use us. We have seen how Veronika Mendoza is someone who wants to use us, in comparison with Pedro Castillo. So I think the people, the youth, people in small towns are noticing the false politicians that have always governed us.

Western media has praised Peru as an example of successful neoliberalism, that produces economic growth. Does this election expose that idea as a myth?

In Bolivia, the state owns the natural resources under the ground. Where there are private companies working, they do so under as a partner of the state and under its supervision. In Peru, we don’t have partners, we only have private companies that loot our resources and the state doesn’t even know how much they take. Has there been economic growth? Yes, but for the people it has only meant a few extra crumbs.

Repsol is a company that operates in both Peru and Bolivia. In Bolivia, they pay over 80% tax to the state and profit over what’s left. In Peru, they take home 80% and pay about 13% in taxes. They take all the wealth and leave a few crumbs for the people, then they say that we should be happy about these crumbs.

It seems that this campaign has exposed how Lima and Peru are two separate countries.

The country is divided, no one trusts anyone else. Lima has over half of all voters, so politicians think they can win by only thinking about Lima. Those of us in the provinces of Cusco, Tacna, Moquegua etc. can’t make ourselves heard over Lima. For that reason many people turn off politics and only worry about what they’ll be able to eat tomorrow, where they’ll be able to stay, that’s how many people think.

Fujimori showered everything on Lima. He privatized everything and used the money to give handouts to the poor there, turning the people into dependent vagrants. In the provinces, we were never given anything and we know that we have to work hard, and do so with commitment, for a new Peru.

Today’s event of the RUNASUR is organized by Evo Morales. What does Evo Morales mean for Peruvians? Particularly for the poor.

BV: I’m a Mayor now, but I’m not from the professional class, I’m a llama herder, like Evo was. We have Evo as an example of an international leader who comes from and represents the oppressed class, who represents the highland Andean peoples, who represents rural people who work and look after their animals.

I want to say that I had the fortune of meeting Evo Morales before 2005, when he was a coca grower, a congressman. Since then, we’ve watched as he implemented transformational change in Bolivia. Turning the country from a republic into a plurinational state, where all the indigenous nations have equality. So for us, he’s our President too, he’s the President of all the Americas. That name will stay in history and that’s why we’re here today. That plurinational model should not only be for Bolivia, we need it in Peru and for all Latin America.

Our people have been humiliated and exploited for 500 years. They say that we’ve been independent for 200 years, but for us that means nothing. We’ve faced the same oppression, that’s why we’re here, we want to bring together our peoples and our experiences to end this era of oppression and imperialism that was Spanish before, but is now Yankee.

We want to strengthen this multinational attempt to build this new project, because we know that it’s not just a question of uniting governments, but also of educating and forming our peoples and that’s why we’re coming to these events led by Evo Morales. 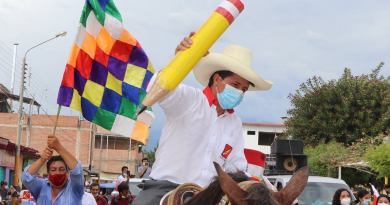 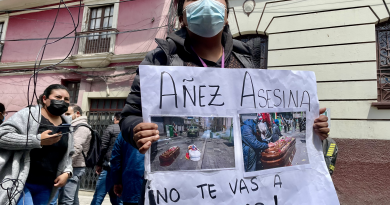 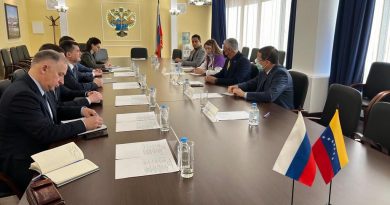